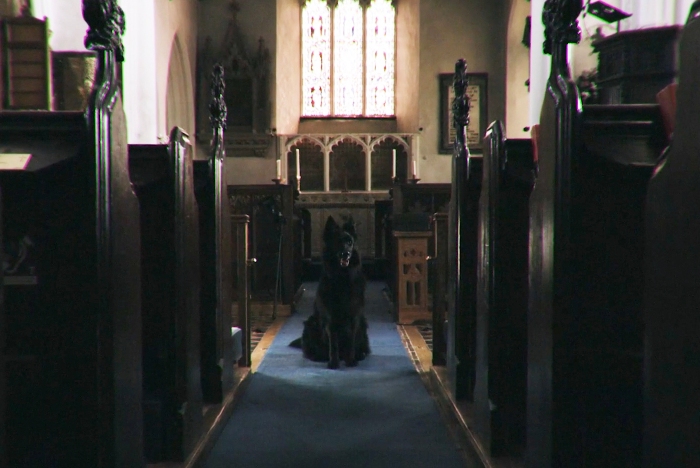 A ferocious hound, an omen of death, a guardian to lonely women, the size of a horse, the size of a calf, two glowing red eyes, one red eye. The Black Shuck – a spectral demon dog who’s said to haunt the coastline and countryside of East Anglia and elsewhere – is the subject of multiple folkloric accounts, varying in form, shape, and motive. If you speak to people who grew up with the legend, they may believe one or another of these variations. If you visit Holy Trinity church in Blythburgh on the Suffolk coast, you can even see scorch marks made by his burning claws on the inside of the north door, although some believe these were just caused by a candle or lighting.

My 2018 short film The Black Shuck was inspired by these local canine legends. It had its first public screening at the Fear in the Fens festival in Downham Market. The festival opened with an extensively researched talk from Dr Maureen James, a folklore expert. She gave a comprehensive presentation on the history, endless chronicles, and sightings of Black Shuck through time. It seemed appropriate our film was playing at the same festival!

Cut back to ten months prior, and I had received a small bottle of Black Shuck Gin – ‘Norfolk’s Legendary Spirit’ – for Christmas. Around this time I’d been working on an idea to shoot a short film that followed a grieving and isolated character who lived in and meandered through the Norfolk countryside. I wanted the location to essentially be a character in the film, but I was struggling to build a strong story around the landscape elements. As I was looking at the emblem on the bottle I suddenly realised that the missing ingredient of the film was none other than the fearsome dog of East Anglian lore. The same day (25 December 2017) I wrote the first draft of the script and sent it to fellow filmmaker/actor Mark Finbow, who later went on to play a small role in the film. He seemed on-board with the idea, and we began to work on various drafts and rewrites.

In the original version of the screenplay, the protagonist was male and Mark himself was set to play the lead. These early versions of the script were just that, early versions. They were questionable at best, and lacked any real narrative punch or purpose. Not long after this, the actor Rebecca Grant approached me to record some audition tapes for her. It was currently pilot season in the US, and her agent had lined up several readings. Rebecca had previously been a regular on Holby City, Doctors, and more recently had appeared in Stan Lee’s Lucky Man. After working with her, it suddenly made sense that she should play the lead role in The Black Shuck. We came to an agreement that, if she acted in my short film, I’d help her with the audition videos. And so, many rehearsals and rewrites later, I had a script. The latest draft focussed on the grief and maternal loss of the main character. 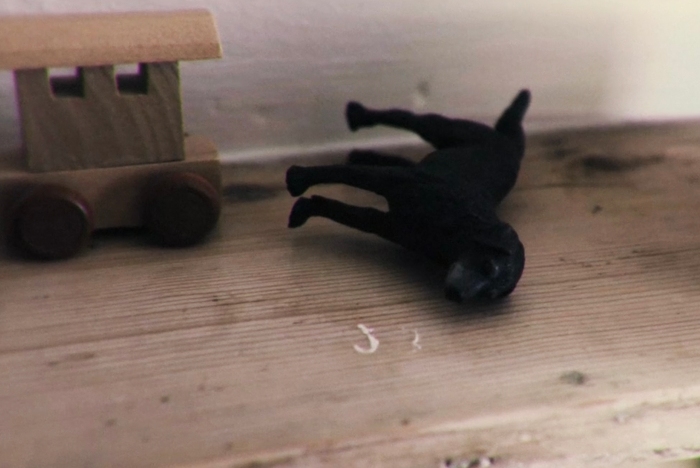 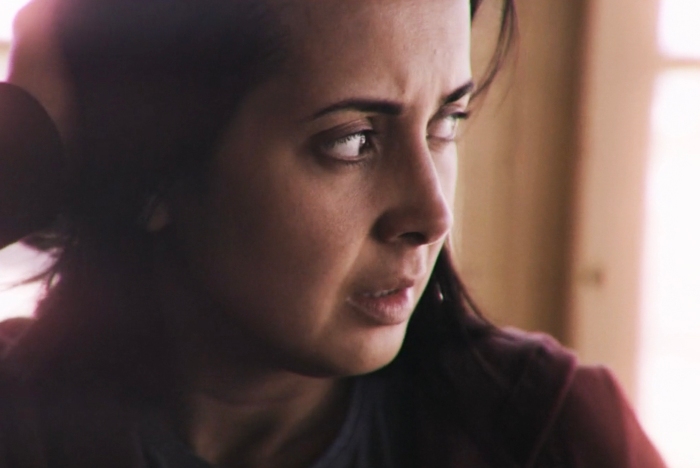 The film’s protagonist, portrayed by Rebecca Grant, battles alcoholism and depression after the death of her daughter.

I decided to crowdfund the film’s production through IndieGoGo. Although I’ve been involved with projects that received their backing through crowdfunding before, it had never been one of my own films. I was fundamentally relying on the people of Norfolk and Suffolk who knew the legend to help us make the film; I wanted them to make an emotional connection with the material and be curious enough to want to see it made. As with any crowdfunding effort, I offered various incentives depending on how much supporters contributed. I then started hitting up all the local press outlets as a way to draw attention to our campaign. I set the initial target for £3,000, but knew if we didn’t reach that I could still make it for around £1,000; it actually garnered a little over the latter sum. Also, as if by fate, Patrick and Sarah from Black Shuck Gin came board as producers, helping with a large percentage of the finance. 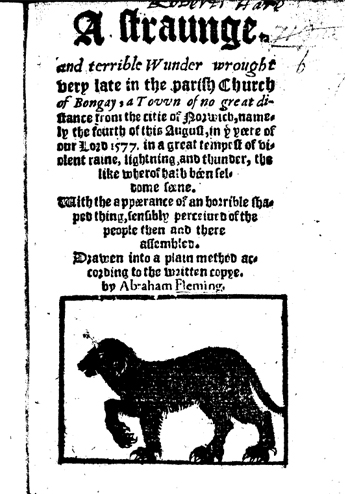 The shuck’s hellish activities were originally reported in this 1577 pamphlet. EEBO.

In terms of the ghostly hound’s role in the film, I wanted to attempt a new angle. All of the best horror movies are about something more than what’s on the surface; you’ll often hear film academics saying ‘Jaws isn’t a movie about a shark’, and the most celebrated examples of the genre have allusion and analogy incorporated throughout. One route I could have taken is setting the film in the 1500s, the century in which the myth originates, and exploring the tale everyone knows; namely, the arrival of Black Shuck in Bungay then Blythburgh during a thunderstorm in August 1577, crashing through the door of Holy Trinity church (leaving the marks mentioned above), then killing a man and a boy and causing the church’s steeple to fall through the roof, as originally reported in a sensationalised contemporary pamphlet.

I believe there’s a film there but it’s not the one I was interested in making. Instead, there’s a famous quote from Churchill in which he likens his depressive episodes to the arrival of a black dog. This sparked the concept of setting the film in the present, and having black shuck act as a metaphor for or manifestation of the protagonist’s troubled mental state; I wanted the audience to wonder if the dog is real, or if they were just experiencing what’s in her head? The film is only twelve minutes long so only really touches upon some of these themes. However, I do plan to rework it as a feature-length screenplay, which may or may not see the light of day. Who knows?

The Black Shuck was filmed entirely on location in Norfolk across a handful of diverse rural and urban locations. The shoot took us to a cottage in North Walsham, a signal box and train station in Wroxham (shades of Andrew Davies’s 1976 BBC M. R. James adaptation The Signalman!), and various spots in and around Norwich. The film’s location manager had the challenging task getting all of these locations agreed to and secured for our short window of shooting time, which was only two days and one evening. Our skeleton crew was made up of myself as director, a director of photography, a sound recordist, and a producer. During post-production, a composer and visual effects artist joined the mix. 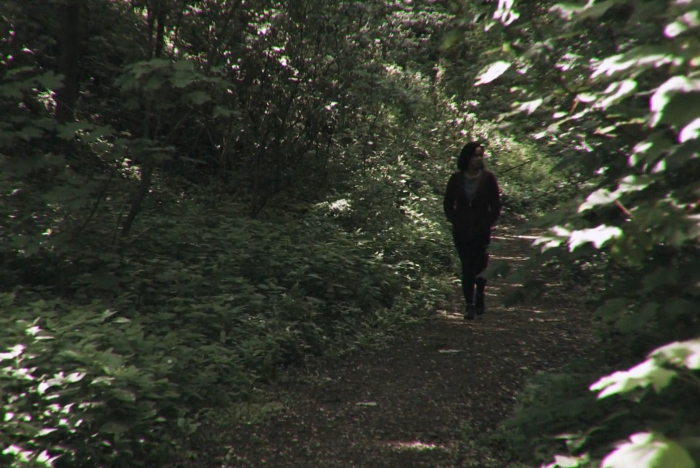 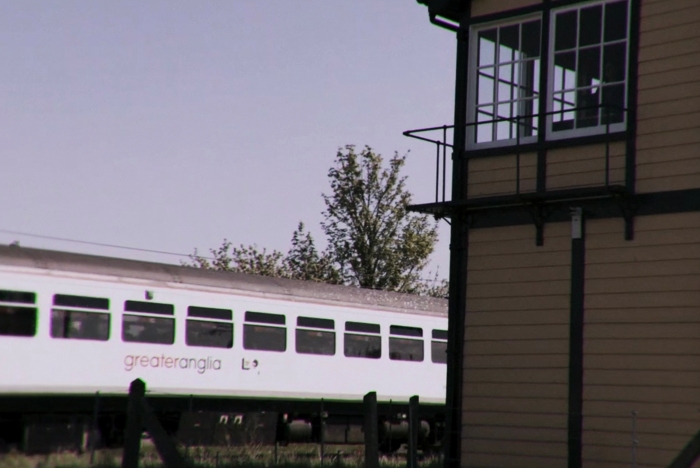 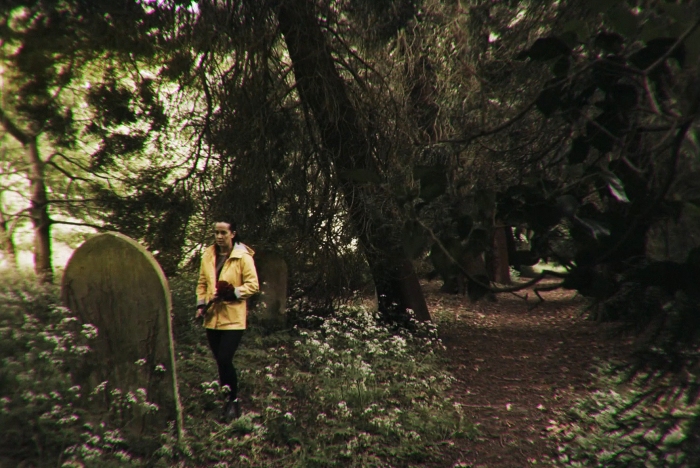 The atmospheric Norfolk landscape is itself a character in the film.

The film was in post-production for five months; after filming wrapped May, I edited until October. It was heavily restructured and trimmed during the edit, moving a step away from the shooting script to what I believe is a stronger narrative. Extra care was taken creating the sound design in the film; you can find out more about how we built the auditory world of the movie in this vlog. 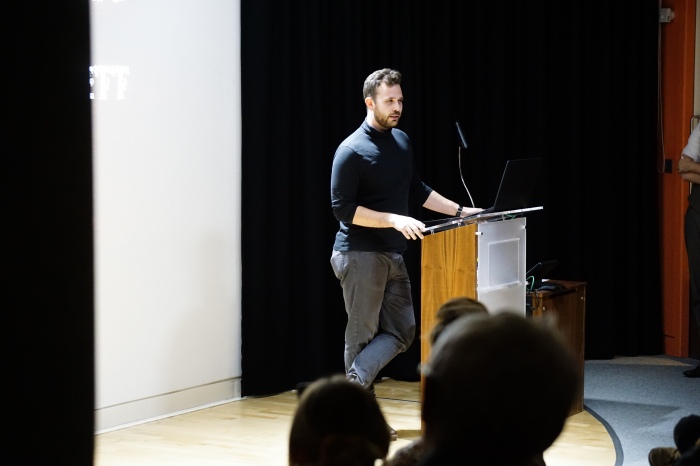 Introducing the film at The Forum in Norwich in October 2018. Photo: James Brown.

The film’s second screening took place at The Forum in Norwich at an evening hosted by Hallowed Histories, a local podcast and events group that focuses on the horror, folklore, and myths of East Anglia. The screening, which was a double bill of The Black Shuck and Piers Haggard’s lurid 1971 folk horror classic The Blood on Satan’s Claw, was sold out, and given an audience made up of half friends, family and crew members, and half folklore and horror obsessives, the pressure was high; fortunately, and to my relief, it was very well-received. Since the screening, the film has received largely positive reviews elsewhere and some press interest, and I’ve subsequently submitted it to several more upcoming film festivals; it was recently an award winner for Best Horror (20 mins or less) at the UK Monthly Film Festival, and has been selected for the IX Annual Russian International Horror Film Festival. If you’re interested in watching the film, it is still available for free with an Amazon Prime membership in the UK and US. 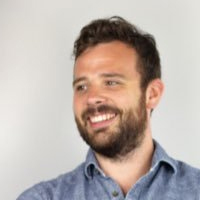 Josh is an award-winning filmmaker from Norwich. He graduated from NUA in 2014 and has experience in teaching film production. His previous credits include Alan Partridge: Alpha Papa, FXhome, Lambda Films and ITV, producing original content for Vodafone, Santander, VEON, ABB, and others.