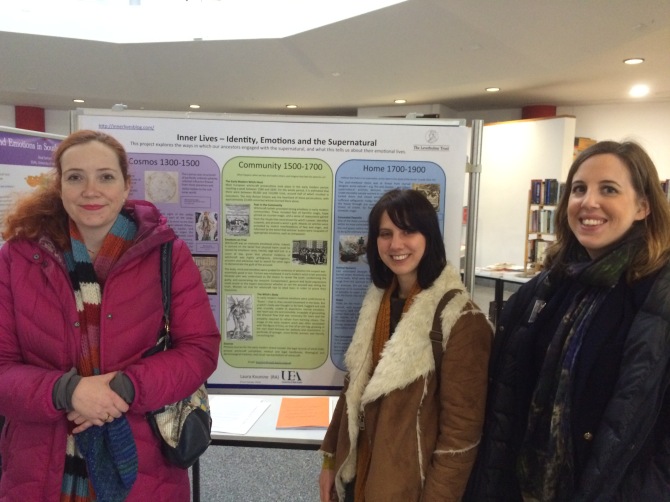 Last week the Inner Lives team assembled at Lancaster University for the Social History Society conference. As well as presenting a poster summarising the project (see below), we also ran a panel entitled ‘Selfhood & the Supernatural’, chaired by Malcolm Gaskill and consisting of papers given by the three Postdoctoral Research Assistants: Laura Kounine, Kathleen Walker-Meikle, and myself.

Laura spoke first, giving a fascinating paper on ‘Boundaries of the Self in a Lutheran Witch Trial’, which she summarises as follows: “In an extraordinary trial that occurred in 1598-1600 in the small town of Balingen, located in Württemberg, which was documented in over 600 folio of written testimony and reports, Anna Murschel was subjected to torture, imprisoned, isolated, kept cold and hardly fed for almost two years. In two highly unusual first-person supplications, Murschel, the widow of the town mayor, set out in vivid detail the torture to which she was subjected, and firmly maintained her innocence in relation to her self and to God. My paper examined the trial of Murschel, exploring the ways in which Lutheran ideas of conscience, confession and selfhood came to bear on the ways in which Murschel and her interrogators battled over the identity of the witch.”

Reflecting on the reception of her paper, Laura has this to say: “My paper raised interesting questions about the extent to which notions of interiority existed before the early modern period and the birth of the Reformation: could people in the medieval period also imagine themselves as an ‘individual’ rather than (or as well as) solely locating themselves within their network of social relations? Another question that was raised is the extent to which my findings about the variegated – and sometimes highly interiorised – notions of personhood that emerge in these witch-trial records are a peculiarly Lutheran phenomenon. Can we also find evidence for such ways of thinking about the self in Catholic witch-trials (and indeed in other sources from Catholic regions)?” 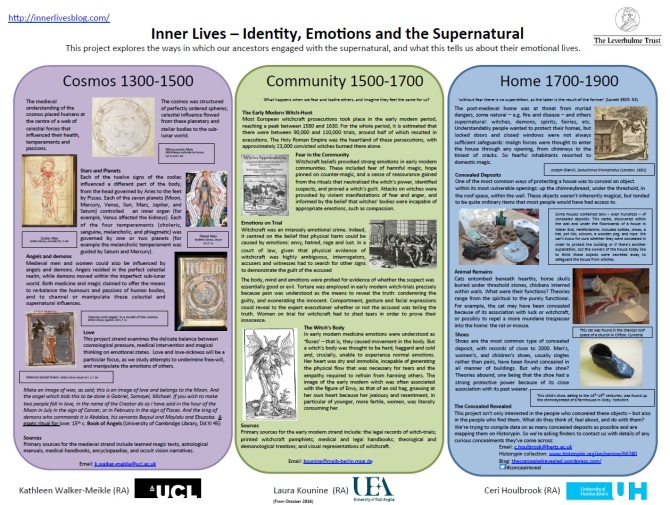 I presented the next paper, entitled ‘The ‘I’ in Magic: Distributed personhood in the post-medieval home’. I explored theories surrounding the concealed garment (items of clothing which were purposely concealed within the walls, chimney breasts, floors, and roof spaces of domestic buildings). A vast number of concealed garments have been discovered throughout Britain, dating primarily to the 18th and 19th centuries. While the motivations behind their concealments are still unknown to us, the prominent theory suggests that they were employed as apotropaic devices. The question, however, of why such items were regarded as protective is a matter of some debate, and I argued that Gell’s (1998) notion of the ‘objectification of personhood’ is central to an understanding of this custom. Garments retain more than a link with their wearers; they merge with them, becoming a part of their owners. When garment and wearer are separated, this leads to what Gell terms ‘distributed personhood’; when a person conceals an item of their clothing, they are concealing a part of themselves. My paper was concerned with the question of why the distribution of the self was deemed an effective protection against supernatural threats. 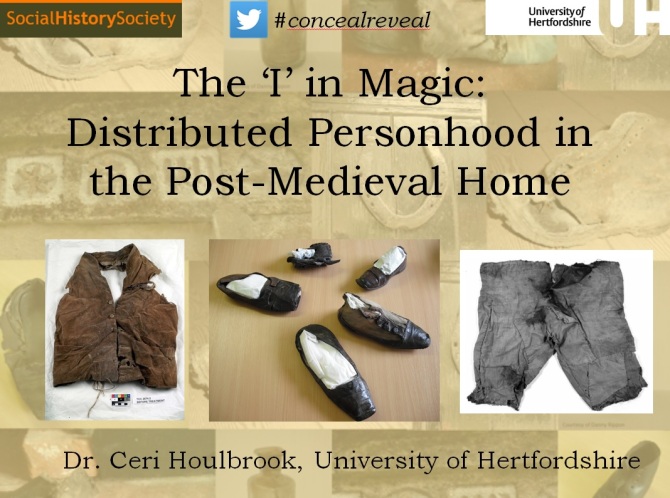 My paper also raised some interesting questions and issues. Comparisons were made between the concealing of clothing and the propitiatory display of oscillum in the ancient Roman world, as well as with the construction of domestic shrines for the household spirits in modern-day Japan. While we should always be wary of cross-cultural comparisons, they do demonstrate a widespread (dare I say universal?) employment of the supernatural in the preservation of the self and the home. Another interesting question is one that I hope to answer soon: is there a relationship between the types of garments concealed and the nature of the building in which they were found (e.g. farmhouse, mansion, townhouse)? Owen Davies and I are due to start digitising the Northampton Museum Concealed Shoe Index soon, so hopefully, with a more centralised data system, these are the kinds of questions that we can begin to answer.

Kathleen gave the final paper, ‘Medieval Rabies: Fear and Animal-Human Boundaries’, which focused on fear in the medieval medical discourse on rabies. Kathleen summarises her fascinating paper as follows: “The idea that the imagination and fear influenced the rabid patient first made an appearance in late antiquity but was adopted and developed in the Western medical tradition.  Many of the purported symptoms were associated with melancholia, such as nightmares and visions. Nearly all cases of rabies were ascribed to the bite of a rabid dog. Rabies was believed to spontaneously generate in dogs, due to their excess of black bile. Although some authors agreed that other mammals could get rabies, overwhelmingly medical authorities discuss the bite of rabid dog. The disease was characterised by canine symptoms in the affected patient. Medical authorities pointed to barking, visions of dogs, and terror of seeing water or one’s own reflection due to seeing the rabid dog or its entrails in the reflection. One of the most notable symptoms was the idea that the patient’s fear influenced the ‘soft’ parts of the body (blood, sperm, urine, phlegm) so that small pieces of flesh in the shape of little dogs would be present in these liquids. Medieval authorities debated whether these pieces of flesh were either congealed pieces of tissues or actually dog-like substances, created by the patient’s imagination in their own body, in a process similar to the maternal imagination. The paper also examined the parallel case of the rabid dog in the medical literature, which lost its own intrinsic ‘canine’ characteristics (e.g. could not bark or recognise its own master), in tandem with the human, who became more dog-like, and was placed in the context of discourses on hybridity and animal-human boundaries. Questions included the nature of the disease and its connection to melancholia and the idea of the physical manifestation on the body of strong emotions.” 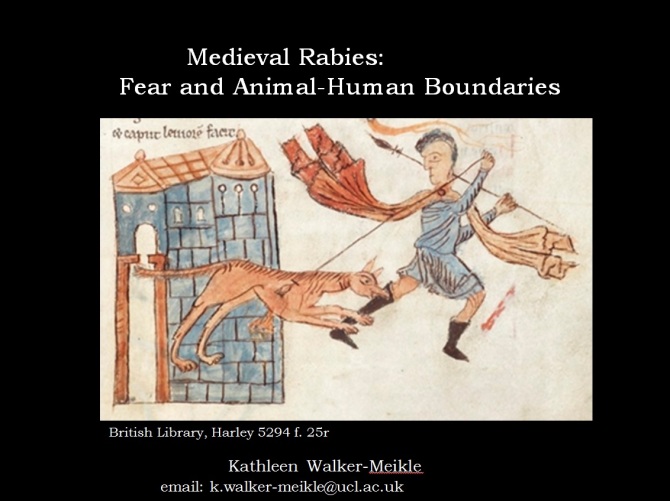 Our papers may seem very different, stretching from the medieval to the modern period and focusing on quite disparate topics – but there were certainly some common threads. We were all talking about personal identity and selfhood; we were all considering where these intersect with notions of – and belief in – the supernatural. And we were all asking how this intersection manifests itself in various external contexts, from the subjective (witch-trials), to the inanimately objectified (the concealed garment), to the animatedly objectified (the rabid dog); each providing a unique insight into ‘inner lives’. 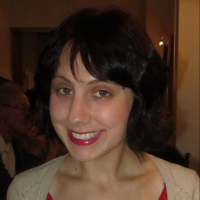